Spooky season has descended upon us once again and with it the age-old quest for the perfect Halloween costume. Personally, I’ve been oscillating between Dolly Parton and Pugsley Addams this year. That’s right boys, get you a girl who can pull off both Dolly and Pugsley!

All this mulling has led me back to one of our most popular off-topic posts on the site, the costume perfume pairings. So let’s dive in for a few more perfect costume and fragrance pairings to get you in the Halloween spirit even though it is 90 degrees outside.

Nothing says “fun” like being forced to spend time with your co-workers at a mandatory social event. Even people who love dressing up aren’t going to go all out for these parties, but you also don’t want to be the Debbie Downer who showed up with nothing either. That is the joy of the Lazy Pineapple, go from business casual to costume in seconds.

Nothing will help sell your fruity realness like Pulp from Byredo. The copy on Byredo’s site literally calls it, “the idea of a ripe, sweet, shapeless mass of fruit” and that has the Lazy Pineapple all over it. The scent is sweet and fruity but grounded in praline, cedarwood, and cardamon to elevate what would be a juvenile fruity-floral to something worthy of the office and gives it a splash of Autumn. 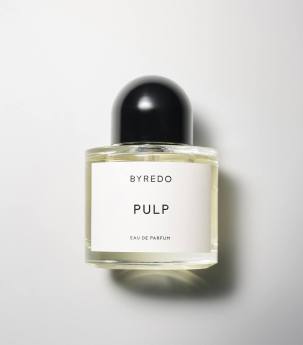 Who said spending an hour beating your mug for a costume has to result in the visage of a mouldering corpse reanimated by a wizard’s curse? Maybe you want to wear a costume and trick the men-folk into thinking you were born with cheekbones that can cut glass. Knowing what we know about the people of Kemet if they were to be resurrected today, the first thing they would do is moisturise and wing out that eyeliner, so I’m sure they would sign off on your glamorous take on the classic movie monster.

Anubis by Papillion is the perfect pairing for the Glamour Mummy because 1. it is sexy and voluptuous, invoking both Old Hollywood glamour and Egyptian sensualness 2. it is named after the Egyptian god of the dead and 3. it plays with the materials used in mummification. It is a blend of tactile suede, heady jasmine, ancient incense and sensual labdanum. Anubis is one of my personal everyday favourites, but I scent myself like the Queen of Sheba on the regular so make of that what you will dear reader.

My wedding theme was literally Falling in Lovecraft. We tried to keep the weirdness to the details but planning my wedding opened me up to the world of prop-making enjoyed by many fans of the Cthulhu Mythos. Folks go hard y’all. What I love about these dapper denizens of Innsmouth is that it is an achievable costume but with a significant impact.

If I had to guess what the Deep Ones smell like it would almost certainly be Squid by Zoologist. This inky, salty, ambergris fantasy is a lot darker than most aquatics that overdose you with calone and suntan lotion. Squid’s musky animalic quality gives the impression of a shadowy creature that dwells in the murky depths of dark Atlantic waters. 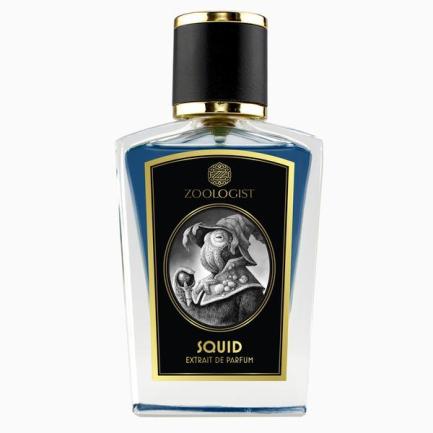 Ok so maybe everyone didn’t grow up a campy, dramatic, gothy Jewish girl and might not be familiar with the best character in Fiddler on the Roof, Fruma Sarah. Take a moment to experience her glory.

She’s great right! And if you too are filled with righteous indignation over a lover getting over you a bit too quickly, then may I recommend The Ghosted First Wife. Nothing goes better with rage from beyond the veil then the boozy amber notes of Troubled Spirits by Libertine. Drown your troubles in whiskey-soaked spices with just a touch of coffin wood. 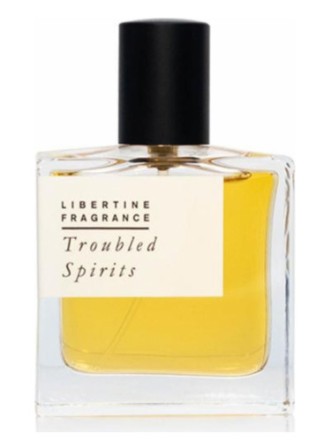 I am firmly pro-sexy Halloween costumes. Those bits and bobs will only stay firm on you for so long dearie, and we will all rot away someday anyways. Might as well have as much fun shaking them about now as you can. The Fallen Angel costume is the perfect kind of sexy fancy-dress as it allows all genders to show off as much skin as they like while having the perfect excuse to be brooding and aloof (in other words, sexy but introverted) just like Lucifer himself.

The Decay of Angel is a perfect pairing for this costume because it kind of smells like what I think an angel falling from heaven would smell like. In other words, exotic florals being smashed into burning coals. It really defies description, somehow managing to feel both dirty and clean at the same time. There is a heavy indolic quality leaning on overripeness that is picked up by sparkling fruity undertones only to be speared on the inky blackness of cade oil. It is a wild ride, and I think a hell of a good time. Though I do have a friend that says it smells like a barbequed ambrosia salad, but really could there be anything more demonically olfactory than that?

Given the state of the world today it is honestly a little weird to me how often I hear about Roaring 20s and Great Gatsby-themed Halloween parties. I think there were some themes to the book folks might have misunderstood in their freshmen English class. Nevertheless, you can attend with your own spin on 1920s glamour in the form of Maria from Metropolis and not just any Maria…evil cyborg shape-shifter Maria.

Metropolis is one of the most visually striking movies that was ever made. Not only of the silent age but ever! It has a futuristic art-deco occult glamour all it’s own. You can watch the whole thing here to see 19-year-old Brigitte Helm’s fantastic performance.

While Good Maria is the virtuous archetype of female purity, Evil Maria is a new kind of woman, maybe not even a woman at all. She is a sneering sexual creature who’s hips ungulate as she enters a room, not so different from the beautiful young things of the 1920s themselves. And what did the liberated women of the 20s smell like, jasmine and cigarettes. Which is why Jasmin et Cigarette by État Libre d’Orange is a perfect pairing. The it-girls of the 20s embraced both masculine and feminine characteristics in the garcon-look, and Jasmin et Cigarette is the garcon-look in a bottle. Delicate jasmine, sweet tonka bean and pretty apricot balanced against pipe tobacco, animalic musk, hay, and slightly sweaty cumin. Giving the effect of something deeply feminine but also dangerous. 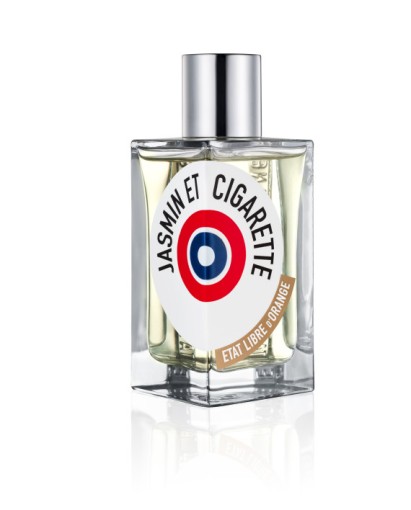 The Bride of Frankenstein is such an iconic costume. Yes, I know Frankenstein was the guy, and the monster has no name, but no one calls her the Bride of “the wretched fiend that is the Adam of my labours”. [Correction: I must have missed the part in Elsa Lanchester, Herself where she states that the effect was created with her own hair (that was also ginger by the way). The wig in question, which is labelled as being worn in the film, was probably only used for testing.]*

Speaking of head mops, my god are there a lot of lousy Bride wigs on the market. If you don’t feel you have the coiffure skills to pull off this do with your own hair trust me and go to a wig shop that serves theatre and drag performers, they will make you an excellent Bride wig. I highly recommend Outfitter Wigs in LA. (if you are a Drag Race fan see if you can spot the custom wigs they’ve done for contestants over the years).

I think Odeur 71 by Comme des Garcon is the perfect pairing for The Bride because it smells to me like an otherworldly storm is just about to roll in. The scent itself was supposed to convey inorganic smells like a red hot light bulbs and electric batteries. To me, it smells clean and metallic, ozonic and atmospheric, like a lightning storm is coming and you are the grounding rod. A perfect scent for a lightning-induced reanimated corpse.

Happy Halloween, everyone! Thanks for sharing another year of strange smells with me. I know things have been slow around these parts recently, but I have some very cool things going on in the background that I’m so excited to share with you in the next few months.

Until then, stay spooky

*Thanks to Tom Blunt for the correction on the Bride’s wig/Elsa’s hair controversy.